Crystal found Great Valley Kindred through Jeremy, having known him through ADF.  Crystal has been a member of ADF since 2003, and an Ordained Priest of ADF since 2010.  She is a mix of German, Cherokee, and Irish (mainly German) descent, to which she holds a large interest in studying all three major bloodlines through genealogy.  This led her to Heathenry and the desire to find something more…frith oriented.

In the mundane world, Crystal is a Tech Entrepreneur of the web company Misfit Interactive. She is also a Blogger, Farmer/Homesteader, Health-Nut, and Musician.  She has taught workshops on fiscal responsibility, marketing, and fundraising for various pagan groups.

In GVK, Crystal serves as the Wéofodþygen or “spiritual leader” during our faining rites.  She also acts as Kindred treasurer and webmaster. 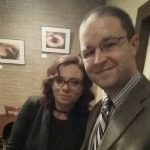 Josh was raised in a family of mixed Christian traditions. His mother’s side was a mix of non-denominational Protestants. His father’s side, the side that influenced his early spiritual life the most, was very traditional Roman Catholics. The Great Valley Kindred has  become Josh’s spiritual home, and he took his Oath of Frith to GVK in 2013. He serves as the current Reeve of the Kindred.

Aside from his interest in Heathenry and his role in the Kindred, Josh is a parent and a Substance Use Coordinator for a community mental health program. He is pursuing alcohol and drug counseling credentials. His interests are: religion, psychology, politics, and history. He enjoys cooking, grilling, BBQing, fishing, hiking/camping, eating, drinking, and being . 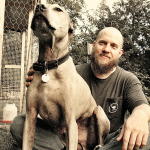 Donald came to the Kindred through Crystal, after he moved to Pennsylvania from Texas.  He has been with the Kindred since late 2012 but took his oath the summer of 2013. He comes from a Baptist background, but once he was able to think for himself he started casually searching for something else that moved him spiritually, and then the Kindred fell into his lap.  He prays regularly to Ing/Freyr and honors his ancestors and celebrates with the folk.

Outside of the Kindred, Donald has a passion for home-made root beer, enjoys raising chickens and learning to farm from Crystal, and playing video games. He is a professional waste water operator for the government, so he really knows his “shit”.  Yes, that is Donald’s humor. 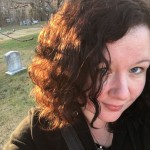 I was born in the wilds of Chorley, in the North West of England. In a time before iPhones, GPS, music television, coffee shops, Subway, Internet, and anything really ‘new fangled’ and ‘forrin’. A golden time of meat pies, fish and chips, and dilapidated industry, in which we had to make our own entertainment.

Or hiking on the moors.

I started praying to Heathen gods when I was 11 after reading about them during ‘silent reading’ at school. At around 13/14, after a brief jaunt into Christianity to drink communion wine, I found books on Paganism in the local library and realized other people did that too.

When I was 17, I encountered the internet and discovered that if you worshipped Germanic gods, you were Heathen.

I did a whole lot of moorland hiking, spent my time hanging out at places like burial mounds, and gifting the wīhta. Eventually I escaped Chorley, lived in lots of places -often in tents- and got a useless degree. Then one day, after living in Chorley again for a while, I decided to move to Korea, and so I did. When there, I met another Heathen who I ended up marrying. I became more Anglo-Saxon/Continental Germanic focused in my Heathenry. We lived in Germany for a few years then moved to the States. At some point we spawned offspring, and that brings to now.

Josh is not a rock-star. That being said, he’d be a pretty cool cat if he was. Josh is originally from New Hampshire and has been a heathen for over 20 years at this point. Josh has written a children’s book, called Old Don, check it out, it’s cool stuff. He also co-directs the Open Halls Project with Cat and annoys the media on a regular basis to try and talk about military heathen stuff. He’s an Army veteran, and spent a bit of time in Iraq. He writes and creates when he’s not inundated with school work. He’s about to complete a master’s degree in International Peace and Conflict Resolution… which… isn’t the coolest thing about him. He wants to write more for the kindred, stories that cement our place in mythological time. 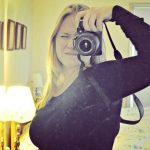 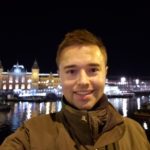 I grew up in Western Maryland but have spent most of my adult life in/near Baltimore. I’m a member of ADF (CeadarLight Grove) and appreciate learning about varied I-E cultures, but A-S Heathenry is my home. I love travel, tabletop gaming, history, and to be in nature as much as possible. Hail! 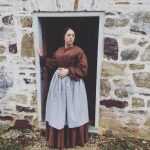 I grew up largely being left to my own devices in the tiny patches of wilderness of Alexandria, Virginia where I developed an early appreciation for foraging and bone collecting. (Pro Tip – When you’re known for building tiny bird cemeteries and carrying around a dog-eared copy of “Buckland’s Complete Book of Witchcraft” people tend to leave you alone.)

Watered down witchcraft led to Zen Buddhism led to a Druid workshop led to an open ritual led to meeting people who called themselves Heathens. Interesting! I eventually figured out there were more flavors to it than Norse (never clicked with me) and I fell in with these cool peeps.  I’m still new to this game but I’m finding I’m most comfortable placing an emphasis on ancestor and hearth practice with worship of the gods done with my tribe.